The group’s debut album “Care for Fading Embers” began as collaboration with Norwegian producer Erik Lloyd Wolkoff (Portishead, Coldplay, Cafe del Mar), whose attention the group secured during a show at Sydney’s legendary Hopetoun club. During the first few months of recording, Wolkoff died suddenly, leaving the group to realise their vision alone. The resulting album reflects all the emotion; passion, beauty and sadness of the long journey to its completion, and is dedicated to Erik’s memory.

Rush to the horizon and back again in a heartbeat. A dark old house. A coil of smoke escapes the chimney. Song wafts through the night air, enchanting, menacing and true. Over the rooftops of Melbourne town, the chill is vigorously intoxicating, the beat is compulsive.

Listen to some music by Velure: 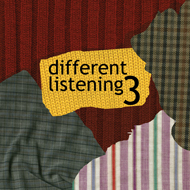